As I mentioned in my last post, there's been a lot of changes on our home life recently, which has resulted in me starting a productive project, well I can't spend all that free time watching daytime TV can I?

So, what's this productive project I hear you say? Well check it out ....

After last months deluge of posts, things have been a bit quiet on the blog front. Behind the scenes has been beehive of hobby goodness. So, here's a quick update on the past two-ish weeks. I apologise in advance for any ramblings, overly family related pictures and text, or sporadic plot jumps!

First things first, big shout to Da Masta Cheef for sending over the bottom chassis for Corben's Basilisk. In an interesting turn of events, Cpl Corben is now amassing an Ork force, meaning that the the first piece of artillery for the Corbanian 1st has been looted by a blond haired Grot! (Now I've actually typed that, I think I'll strip him of his rank and call him Grot from now on for betraying his namesake regiment). One of the aforementioned unwanted Ork bits from my brother was a forceworld ork bomber! (Cheers Bro!) 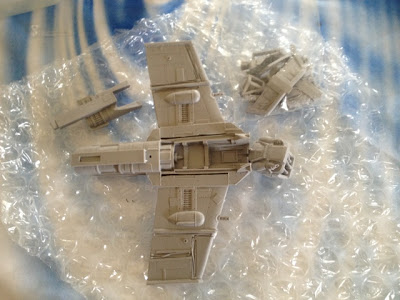 Obviously, we can't have unpainted models on the tabletop now can we, so the cpl grot has been blackmailed into painting. His little sister, not wanting to miss out on the action, decided she was going to paint something different! 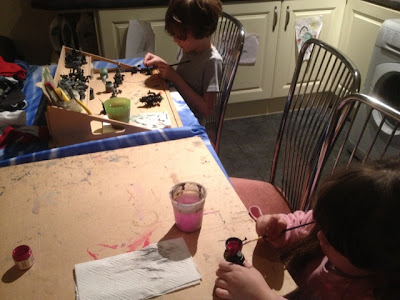 Willow's plan was simple, she wanted to paint a fairy princess for heroquest. According to her, it would make everyone better with kisses from its gold butter fly and kick the bad guys in the fudge! (Don't let the innocent look trick you guys!) 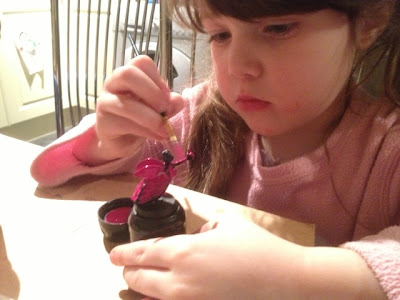 Whereas the grot has been building up his Ork forces to take on the might of the Corbanian 1st! He's actually a pretty good painter considering ... 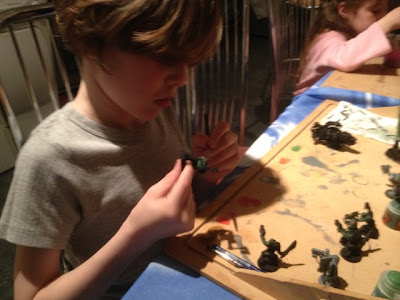 These family painting sessions has been spurred on by a new weekly get together with my good mate and occasional blogger Mike. These are typically Mike joining us for tea, spending a couple of hours painting and gaming with the kids, then once they're bedded down, we paint and do the things gamers do when they get together. It's certainly helped rekindle my 40k flame, even the grot is learning the 6th ed rules with us, albeit a much simplified version.

Here's his Ork's in action, you'll notice unpainted models! Truth is, you can't stop a kid from putting his toys on the table and you can't blackmail them into painting to play, you just can't. What you can do is tell them that painted models get to reroll shooting dice! The idea that he'll be able to reek more damage on his enemies (me) has certainly spurred him on with painting up his Orks. 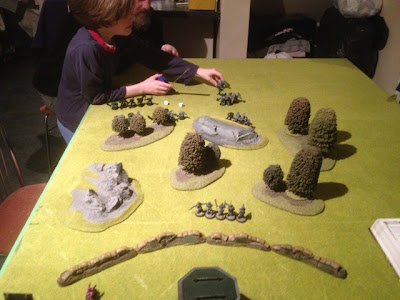 Please excuse the pile of washing in that photo, our washing machine broke and that was the resulting clothes amassed over a week while we waited for the replacement to turn up. The washing mountain has now gone, although the ironing mountain still remains as my lovely wife is a serial washer but unfortunately not a serial ironer, that's my job! (Thank the Emperor for podcasts!)

Anyway, on a lighter hobby note, I've attacked my second starsteak hydra with renewed vigour and there's only an hours work in it to finish it. Here's a WIP, expect a proper post on the finished hydras soon guys. 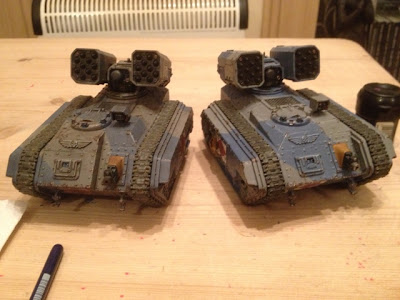 Leaving the best till last, I've actually taken on quiet a big hobby undertaking recently that's soaked up a lot of my time.

As a bit of background, now that both our lovely children have settled into school life, my darling wife (the serial washer!) decided that she'd had enough of being a stay at home mum, she was bored and so we discussed her going back into nursing. In parallel, for the past six months, I've been getting more and more fed up of the corporate life, hotel rooms, sitting on the M6, etc and to be honest, I've really missed the kids with me getting in at bedtime at best. So we decided to switch roles, she's the breadwinner and I'm the stay at home dad. It's only been 6 weeks now, but its going well and the maths work, so its looking good.

My wife was quick to point out that I would get bored very quickly when the kids were at school (and the ironing was done!), to which I pointed out I had a hell of a lot of models to paint and I'd be fine whilst sporting a very big grin, that was a mistake, a big mistake. Numerous expletives rolled from my lovely wife's mouth, a discussion developed and a condition was applied. It has to be productive ...

Now, I'm not going into details now, I'll save that for a near future post, but you'll love it! (Master of Cunning gents!) 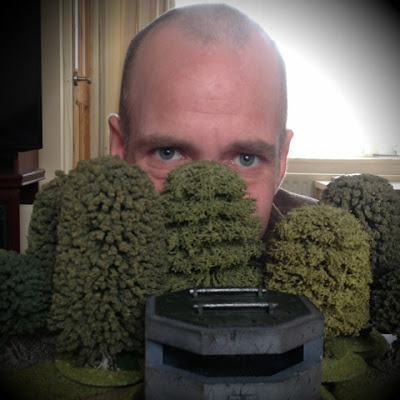 Theme song of the Corbanian 1st

Suicide is Painless by Mike Altman and Johnny Mandel

Through early morning fog I see
Visions of the things to be,
The pains that are withheld for me,
I realize and I can see...

That suicide is painless,
It brings on many changes
And I can take or leave it if I please.

The game of life is hard to play,
I'm going to loose it anyway,
The loosin' card I'll someday lay;
So this is all I have to say...

That suicide is painless,
It brings on many changes
And I can take or leave it if I please.

The only way to win is cheat
And lay it down before I'm beat
And to another give my seat
For that's the only painless feat.

That suicide is painless,
It brings on many changes
And I can take or leave it if I please.
And you can do the same thing if you please........