The strange things that reside on our painting stations 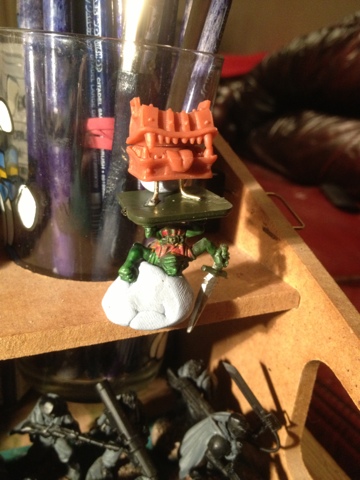 Yeah, it's just a booty boo chest with paperclip legs, standing on an upside down heroquest goblin with its head in a lump of blue tack, that's all guys.
Mel
Posted by Col. Corbane at 08:57 5 comments: 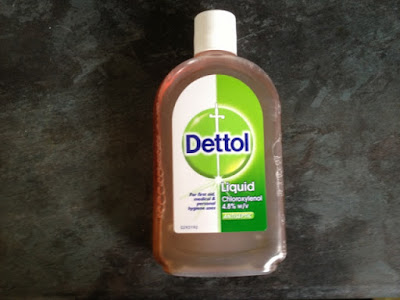 Let me introduce what I think is a damn fine paint stripper for wargamers, it's called dettol and it's an all purpose disinfectant. Now I've heard a lot about simple green but I'm damned if I can find any of it, I've also heard that fairy power spray is good for stripping models. To be honest, I couldn't tell you how good either of them are, and I'm probably not going to be able to tell you about them in the future because I'm sticking with Dettol from here on in.

It's really simply to use, just drop your models (metal or plastic - don't ask me about finecast, I don't buy that stuff!) into a suitable container like a drinks beaker and then pour in enough Dettol to cover them. Give them a swirl with an old tooth brush. 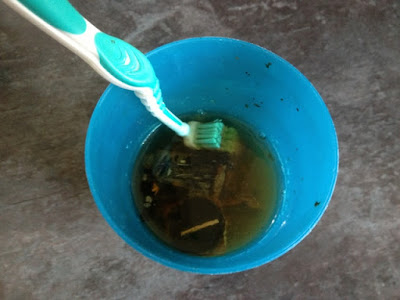 I left those metal snipers I got from eBay in for about two hours and after a quick scrub with an old toothbrush and then rinse it in water. 99% of the thickly applied paint came off in a matter of a minute's scrubbing and it's ready to be primed again. 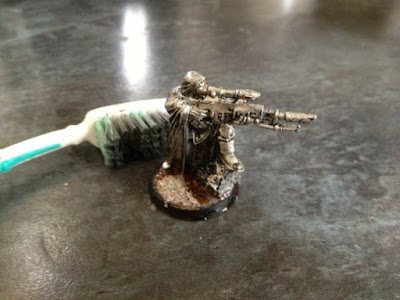 A quick word of warning, I'm not going to say that Dettol doesn't damage plastic because it does. I put some SDE Kobold warriors in to strip after my wife had tried painting them and then I completely forgot about them. A week later, I pulled them out to find that the paint had stripped and the hard plastic model was perfectly fine but the model base which was made from softer plastic had melted as you can see in the pic. 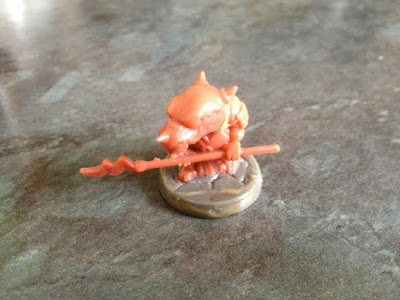 So obviously over time Dettol does damage plastic but considering they'd been in a week and they only needed to be in for an hour, personally I don't see this as a problem, just something to watch out for.

Finally, another quick word of warning, Dettol seems to make the paint like a sticky tar substance which cleans off easily with Dettol but not soap and water. So make sure you wear gloves when handling them models and do it on a surface that's easy to clean gents!

Anyway, I'm off to strip some more models now I know how to!

EDIT - From the comments. Here's a list of other blog posts that cover different paint stripping fluids ...

If you've got a good relevant post, let me know in the comments and I'll get it added guys. 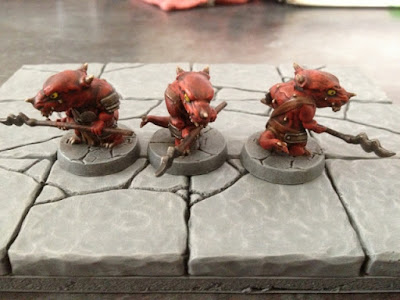 These guys are the first of the Super Dungeon Explore models I've painted and I have to admit, for a relatively simple painting scheme, these Kobold warriors have turned out really well. Since it's not my normal guard paint scheme and I'm likely to be getting more in the future, I thought it would be a good idea to detail the paints I've used. So, here they are ...

And there you have it guys, I hope you find it as useful as I'm hoping it will be to me in the future.

There's a new game in the house - Super Dungeon Explore! 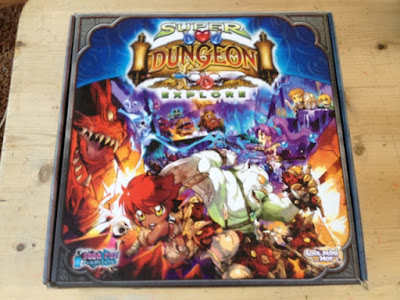 I'll be honest, I didn't know much about this game when we ordered it off ebay. I wasn't actually looking for a new game to play, I just wanted the models. With Corben getting into Heroquest and 40k, our little miss Willow was feeling a little bit left out on the painting front. So I got Super Dungeon Explore for the models, although after playing the game, we're well and truly hooked. 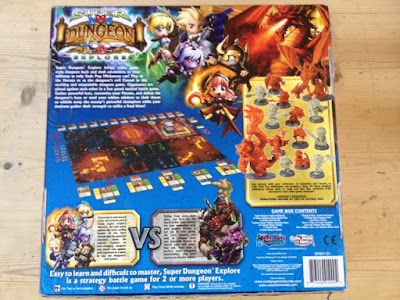 The game itself is easy to learn and play even for young kids. The boxset comes with 51 hard plastic detailed models in the 'Chibi' style where the models heads are the same size as their bodies. Here's one of the hero's I've painted up so far ... 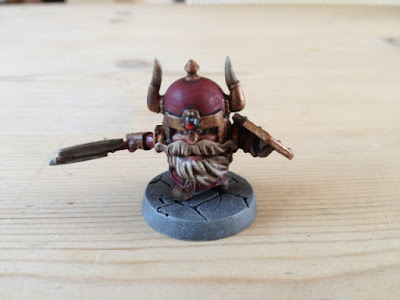 Cute isn't he! Unfortunately I'm only allowed to paint that hero and the bad guys. You see, SDE coming into the house has an unforeseen consequence, my wife has taken an interest in painting. Here's her first attempts, she was quite keen to have me point out that they're WIP lol! 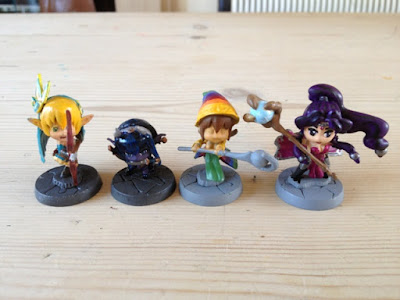 Now originally the models were supposed to be for little miss but it looks like we'll have to get something else for her as these are mine and the wife's now!

Anyway, more pics as soon as I've finished painting up these dragons and kobolds.