There must be something in the water as everyone around me seems renewed with hobby vigour. My brother called over with his Eldar army that hasn't seen the light of day for nearly four years. I'd forgot how big his army was. 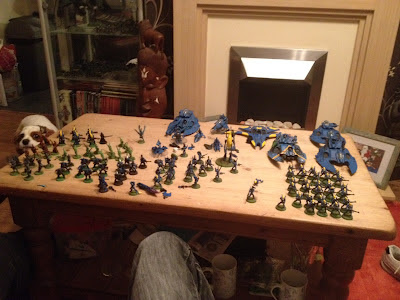 After quite a bit of gluing, most of the broken limbs and weapons were repaired, he'd been keeping them in a shoe box! All the vehicles need remounting, so that's the next job. Painting wise there's a couple of vehicles that need finishing and the aspect warriors could do with a touch up but otherwise they're pretty much ok for gaming. 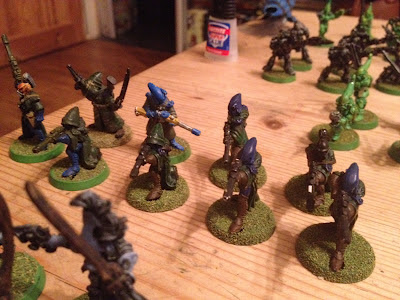 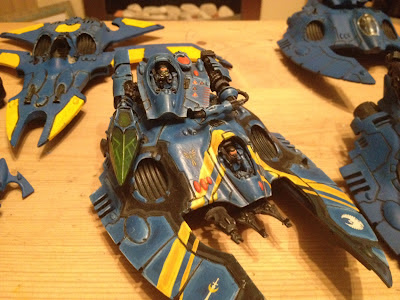 Hopefully, I'll be bringing you more pics as he revamps his army soon guys.

Oooh, Nightwing, sleek and deadly. Very nice, although hopefully a new pilot will fly her a little more carefully....

Is that two Prisms ? And who are the JBs ?

Resurrected? No, no, no! The Eldar are a DYING race, lol!

I've seen the same thing Col. With all the great mini games still around, the new 40k has woken some bears and now they are dragging out Nid armies, Slannesh armies and other by the shoebox fulls. Good times!