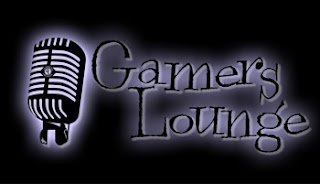 With my recent break from the interweb and all things 40k, I've gotten behind in listening to my various podcasts and so, this past week I've been playing catchup. Although I love blogging and spend a ridiculous amount of time checking out various blog, my other online passion is listening to gaming podcasts, mainly because they give me a way of getting my gaming fix when I'm away from the pc via my ipod.

Over the past year, I've listened to a wide range of gaming podcasts, including 40k Radio, Dice Like Thunder, D6Generation, Imperial Vox cast, Bad Dice, The 11th Company, The Independent Characters, The Warbanner to name a few. But recently, with my limited time, I've had to limit what I listen to and I've settled with just two.

There's 40K Radio, which almost always makes me laugh but with their recent issues and restructuring, there hasn't been much to listen to and I'm waiting to see what the new format sounds like when they release the first show on Thursday.

That leaves The Gamers Lounge, which has fast become my most favourite podcast. I've listened to three shows over the past two days and can't rate them enough. Hosted by Bill and Jay, two active members of the 40K blogosphere (The Dead Tau Project and Blood and Blades).

I can't really put my finger on what exactly makes this podcast so good but overall, I think it's a feeling of maturity. They've got nothing to prove other than their love of the hobby, the show's well presented and covers a range of topics in a grown up manner. Yes, the hosts disagree at times but there's no slanging match, rather a grown up discussion of different points of view. They also have a regular feature on blogging, which is insightful and full of great tips and tricks on how to get the most out of your blogging. I won't go into a full review, as I'm not really good at that sort of thing and Magilla Gurilla did a far better review on his blog Table Top War than I could ever do.

So, if you're into 40k and blogging, then I highly recommend you go check out the guys at Gamers Lounge, I'm sure you won't be disappointed.
Posted by Col. Corbane at 03:02

Email ThisBlogThis!Share to TwitterShare to FacebookShare to Pinterest
Labels: podcasts

Aah. I must learn how to work my webpod thingy.

This could be my motivation...

I couldn't agree with you more, Col. about The Gamers Lounge. I've only managed to listen to a couple of their shows so far but I already really appreciate and enjoy their approach to podcasting.

I actually know Jay and Bill and you hit the nail on the head. They both love the game and are mature enough to see beyond the need to win everything. Both are more about having fun and seeing others have fun. I think thats what makes the podcast so enjoyable to listen to.

Im going to have to check out gamers lounge, I used to listen to 40k radio, but found it too immature and loaded with ego...so ill give this a try. thanks!

I saw a mention to Independent Characters. I just downloaded their latest cast and though I haven't finished listening to it I'm enjoying it.

40K Radio... It's either a love it or hate it kind of thing. I loved it and can only hope that the new format is as entertaining as the old.

Col... thank you for the kind words and for listening to Gamers Lounge. We strive to put out the best Podcast we can each week and both Bill and I have been very happy that our approach has resonated so highly with the community.

On a side note, I am glad to see you back at it and posting on Corbania Prime. Your blog was one of the first I started reading and following and it had a lot of influence on how my blog has developed since its inception. Good to have you back in the blog-o-sphere.

@ZZZZ - They're well worth the effort mate, give 'em a go.

@Papa JJ - With so many out there now, it's hard to sort the wheat from the chaff, I'm just glad I found them early.

@James - I imagine they're great to game with, shame they're over the pnod from me.

@CanolliCrusader - Let me know what you think mate, I'm sure you'll like their format.

@Oni - I'm also hoping the new format is as good as the old, hopefully we'll get a taster tomorrow mate.

@HuronBH - I'm glad to be back mate, and also pleased you rate my little place on the web so high. I've got to say, I do find both you and Bill entertaining, I often find myself forming opinions on the various topics you discuss and love the blogging section. Keep up the good work, can't wait for the next episode.