I finally finished my hellhammer last night. I've been working on it since April, so I'm so glad it's finally done. Overall, I'm quite pleased with it. It looks a little brighter in these pictures than it does in real life. I'm hoping to revisit it once I've got up to speed on using oil paints and weathering powers. Anyway, here's the pics :- 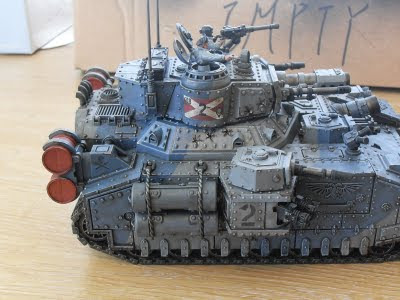 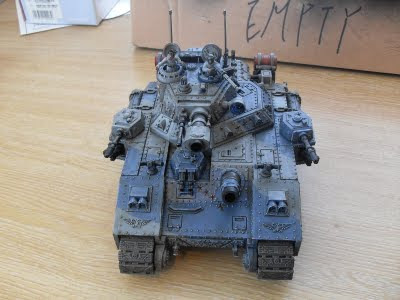 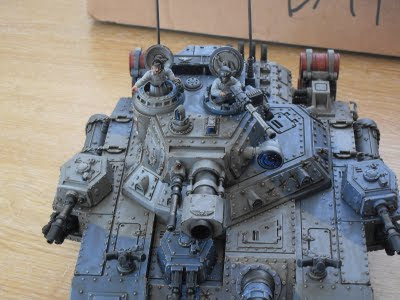 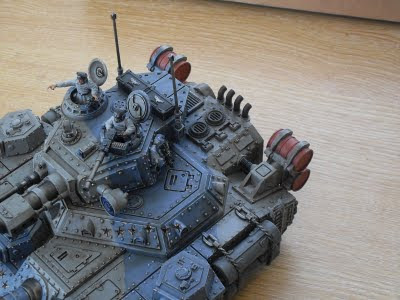 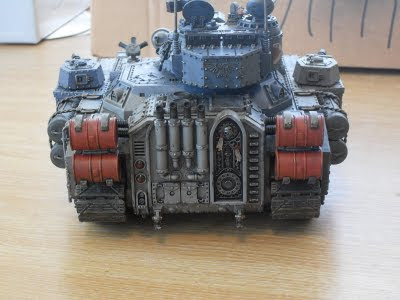 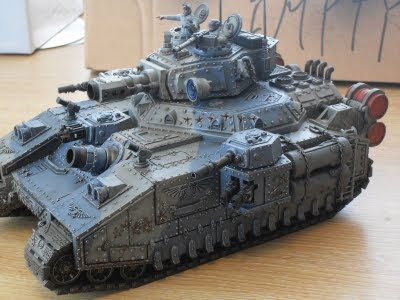 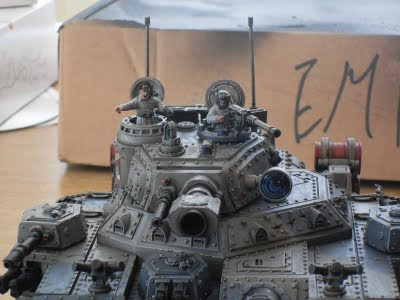 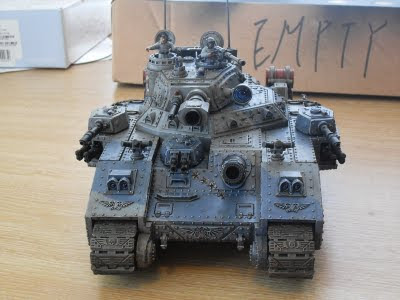 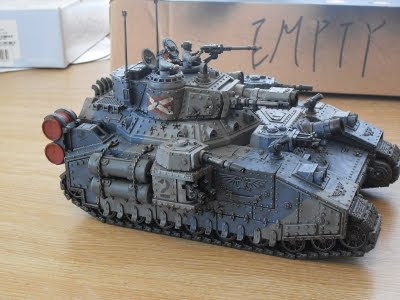 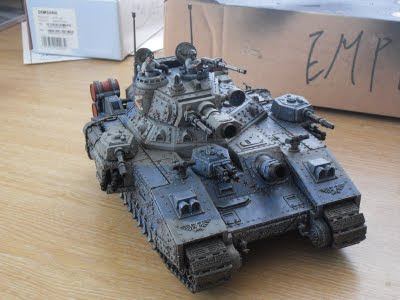 I finally finished my hellhammer last night. I've been working on it since April, so I'm so glad it's finally done.

Another 20 points off the total, plus I've managed to pull a sly one. I had a Russ and three Chimeras which I'd bought from a friend. They were already painted and a bit bashed, I could have cleaned them up but little man took an interest, so he's been painting today and right now, his new mech guard are resting after repelling an assault by lofty, scoop and skip.

So, with these four models (40 pts) and the Hellhammer (20pts), I've taken a good chunk off the vehicle total. For those who haven't followed my painting points, the figures on the left side are how many models I have left to paint. Only once I start getting these down will I be getting more. It's basically a battle against the grey plastic crack build up.

I really can't justify getting the new demolisher or hellhound kits until I get my vehicle figures right down, so I'd better crack on.
Posted by Col. Corbane at 02:32

I particularly like the bullet holes and the superb identification flash on the turret - where'd you get it?

How come there's nothing on the scrollwork?

Also, what are the main colours, please? Only I've been pondering the painting of mine for six years now and half-arsedly planning to spray it. Well, I can't afford a spray gun, so it looks like I'll be going old skool on it, and any help with colours would definitely be appreciated!

Looking great! I especially like the rear of it and the great battle-damage. I think I'll have to get myself one of those fancy super-heavies at one point...

Thanks Drax, the identification flash is painted mate and uses the transfers from the tank transfer sheet.

I've never really liked painting the scroll work or eagles up, perhaps in the future I'll come back to them.

The colours are just codex grey and shadow grey, quite simple really. If you want to know anything specific, just ask mate.

Looks awesome. My Shadowsword sits assembled but I am nervous about screwing it up. Seeing yours is really an inspiration.

That is absolutely beautiful! The extra stowage held on by the cabling is a great touch, all the extra detail work is superb!

I second Mordian about the storage : it s a great idea.