Thinking about the future - 1st platoon and more ... 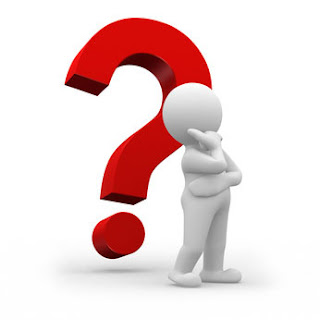 It's been a lazy Saturday afternoon, the kids have been playing good and I've been thinking about my guard. There's various projects that have been completed, such as the command section and 2nd platoon. I've almost finished work on the last vehicle for my Russ company for now and even the Field Ambulance is almost finished with only the stretcher bearers and a tent to do to complete it. Once those few models are done, all my current projects will be finished.

So, I find myself thinking about what to do next, specifically what units to do for 1st platoon. 1st platoon is going to be my veteran platoon. I'm not sure on the size yet but I figure a bare minimum of a command squad and five squads, I'm not sure on whether to do the heavy weapons squads or not at the moment. So, I've been working out what I actually want in the way of unit types. So far, this is what I've come up with ......
That'll give me 5 squads of veterans and an interesting mix to 1st platoon as well as a wide range of hobby opportunities which will give me plenty to get my teeth stuck into.

Now, the other project I was planning for this year was my naval beach assault force. I've been thinking lately that I should probably put this on the back burner for a while. Although it's a project I really want to do, it's not something that I'm going to be playing with much and as such I really need to concentrate on painting up models I'm going to use for playing. So, I need to hit the drawing board again and figure out what other things I need to get painted up for my army this year, and yes, that means the valkyrie for a start!

Here's to another interesting year!
Posted by Col. Corbane at 10:39

I know one nifty resource in regards to IG Veterans! ;)

Looking forward to seeing what you come up with!

I completely agree about the Halflings. For my IG, I've been considering only using the Special Weapons frames (Cadian or otherwise) with only the kneeling legs and a converted Lasgun to finish. My reasoning is that they would still only ever be about waist height...

*sigh* Am I the only person who likes ratlings!?

Ahywho, glad to see your coming to the end of your current projects and even more glad that your sticking with IG. Looking forward to more soon!

Seldom does an article make me cheer and boo at the same time.
However, that is exactly what you article did...
...as a retire US Marine, I would love to see your naval beach assault force...
...guess I will have to wait. BOO!

Its strange, sovietspace. I love the new spacehobbit sculpts, however my Guard are anti abhuman and anit-nonstandard, for that matter.

Even my rough riders are Cadian-based, so they really don't fit with my theme. I would like to paint 5 up though.

Good luck and good job with a detailed outline, Col.

Hmm... I really like the idea of Cadian and Catachan snipers as "count-as-ratlings". I may need to steal that idea.

Here is an easy way to convert your lasguns into sniper rifles... remove the barrel from the gun up to the stock, but keep the tip. Drill a hole into the lasgun, and stick a brass nail into it, point first. Remove the head of the nail, and glue the tip of the gun to the nail. Stick a scope of some kind on top,,, and viola! Sniper rifle.

Or, you can buy your snipers in a blister pack.

@Hal'jin - ;-) there's plenty of potential in the project mate, so who knows.

@Bsmoove - I'm not too worried about their height mate, so I'm probably just going to use the cadian/catachen snipers.

@Sovietspace - Someone's got to love the space hobbits mate - lol. I think I'll be sticking with guard for a while yet mate, there's plenty of options in the codex that need filling.

@Magilla Gurilla - Don't be sad mate, I'm not abandoning the project, I'm just making it a side project rather than a primary one. You'll be seeing rigid raiders coming soon.

@Mordian7th - I'm looking forward to getting into Harker mate, got loads of plans for him. On the vets, I've got the FW upgrades, so I'll start there but who knows where I'll stop - lol.

@Uncle Puck - Go for you life mate, and thanks for the tip matey.