I've spent the day at Warhammer World today, as promised I've taken some pics. In all honesty, if I'd realised how good they were going to come out, I'd have taken a lot more, on the camera, they looked all blurred. It's the scenery pics first, it's my thing :)

I picked up a few goodies whilst I was there, the two new command squads. I don't need the command squads but I do need the bits for a few conversions I'm planing. 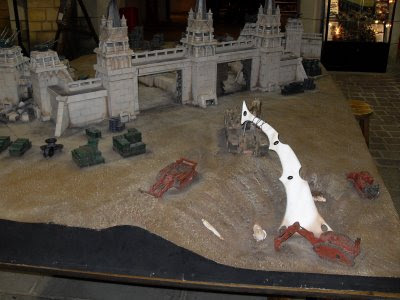 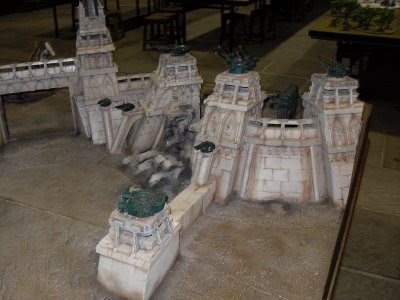 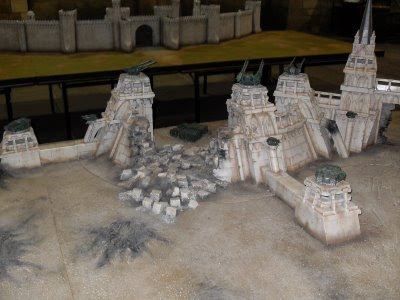 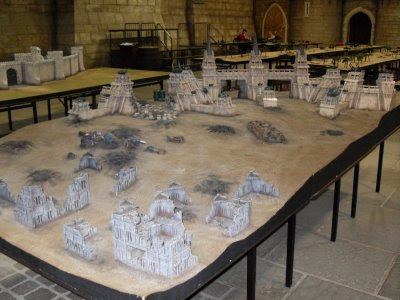 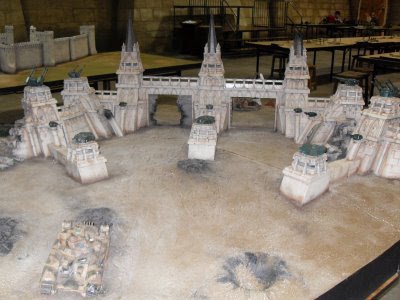 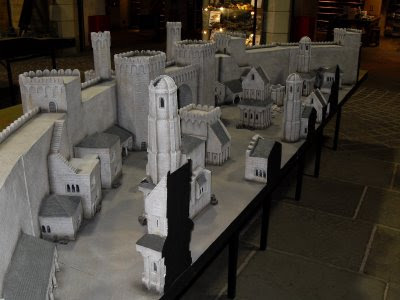 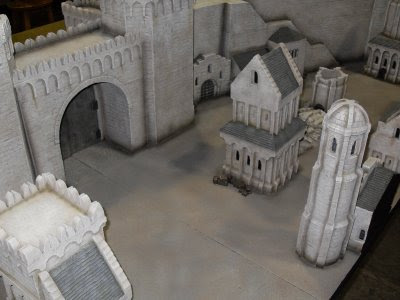 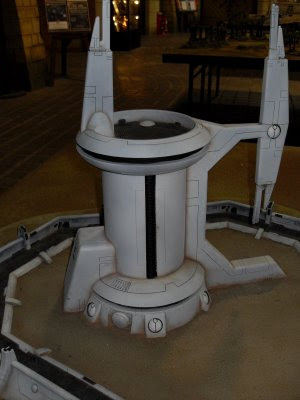 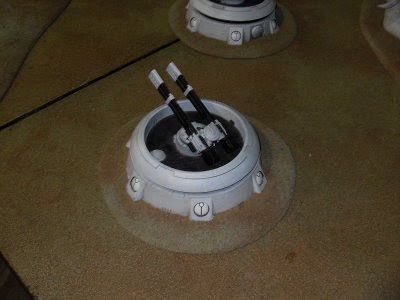 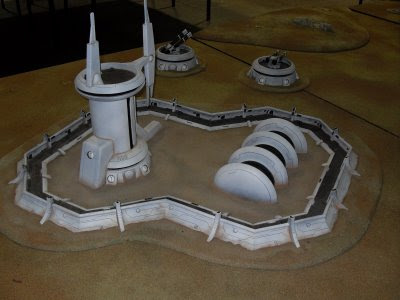 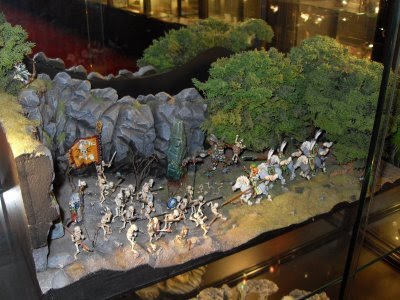 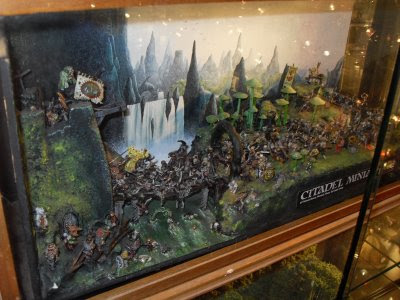 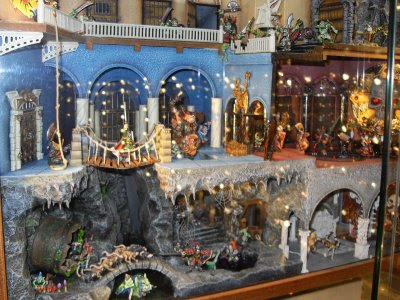 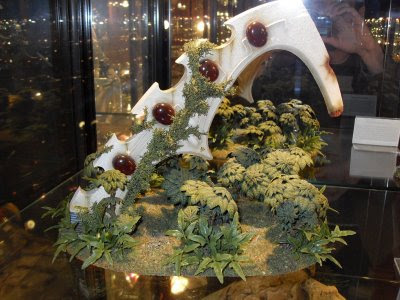 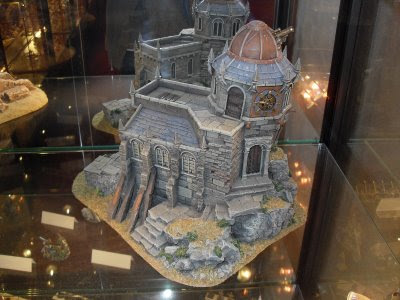 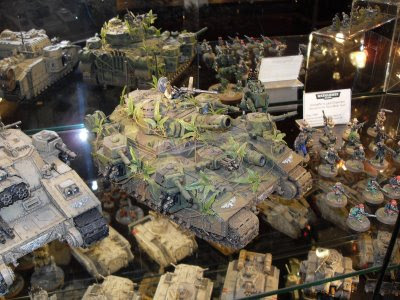 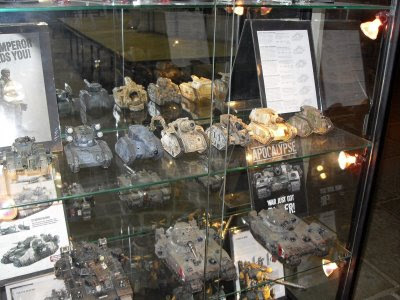 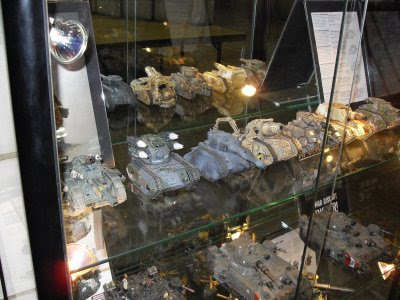 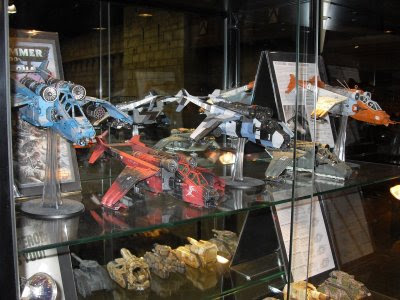 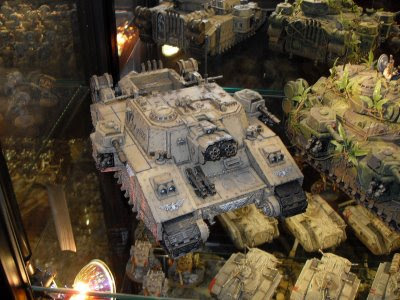 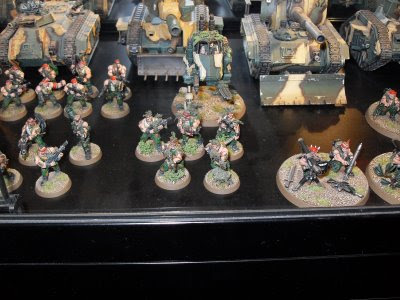 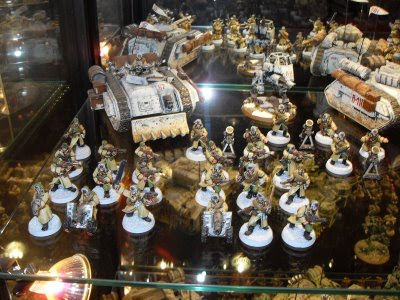 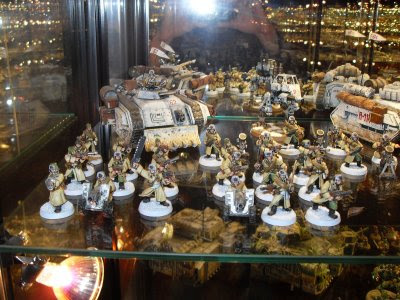 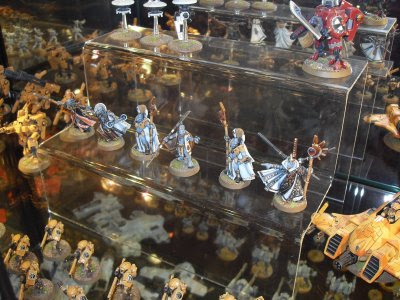 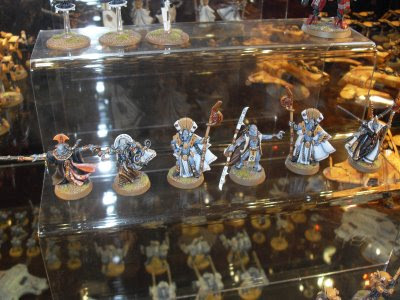 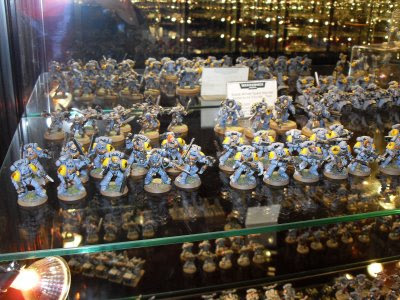 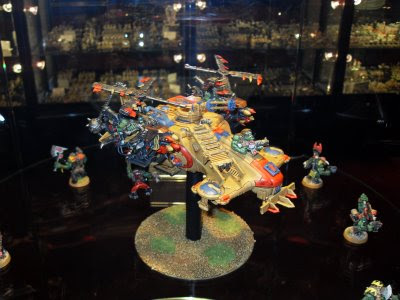 Hope you like them, next time I go, I'll get some more. I didn't just go down to take some pics and pickup some bits. A few weeks ago, I wrote to Jervis Johnson with a few thoughts I'd had regarding parents and the hobby. So, today I spent a pleasant hour chatting to Jervis, he really is a genuinely nice guy and if you have an idea, then I highly recommend dropping him a line. It was nice to get an insight into 40k from a developers point of view, it certainly gets you thinking differently about the game.

Before you ask, I don't have any gossip or rumours, well, nothing that hasn't already been on Bols. I did try to get to find out if the new plastic storm troopers were going to be done in the classical style, but after 20 years of similar questions, he didn't even give me a clue with his body language - gutted lol

great pics, the walls of gondor are amazing!

Awesome pics, I guess all of those space wolves are just the old ones? nothing new?
:D

Wow, those look great! I certainly wish I was there!

Sorry bG, couldn't see anything new at all to be honest.

The scenery was amazing, the imperial battle board just stopped me in my tracks as I entered the hall.

The hall itself was completely empty with it being a school day. I'm hoping to go back later in the year once me and a friend have built our forces up a bit. I'd just love to play on that table.

Looks like you had a load of fun mate, thank you for the pics!

Wow. I really have to go there when I'm next in the UK / Northern Hemisphere...

I wnet there a couple of months ago and had a massive apoclypse battle on the first board, I won the first battle and lost the sencond battle when I was attacking some necrons defending it. it was the best whw trip for a long time