A little apology, but in a good way! 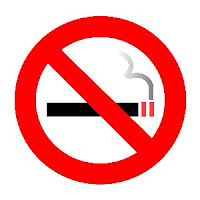 I want to make a little apology for all those that checkout my blog for updates on my guard. As you may know, I see myself as a long term hobbyist, but recently, I've been thinking about the term 'long term' and the fact that I'm a smoker and perhaps 'long term' maybe isn't as long as I thought it was as I've been a smoker for the past ten years or so.

So, just after the new year, I decided to quit smoking. I'm doing well so far and the family have been supportive and let slide the odd outburst here and there. One of the temporary downsides of quitting smoking is that I've been a bit on edge and unable to settle down to paint. Surfing and blogging been fine, but sitting down for a couple of hours at my paint station just isn't possible at the moment, so there's going to be a slight break in mini's appearing on the blog or at least a slow down. Don't worry, they will be returning shortly. On the plus side, I'll be able to get loads of pages done for my campaign blog and my column on FTW.

Also, I while ago, I promised myself that I wouldn't buy anymore models as the plastic crack mountain was getting silly and so I haven't brought a model since May last year. Well, now, even though I still have quite a bit waiting to be painted, I'm going to be getting some new models.

The reason for this is that the Doctor has said that I need to reward myself for quitting smoking and so, here's my planned rewards ..... 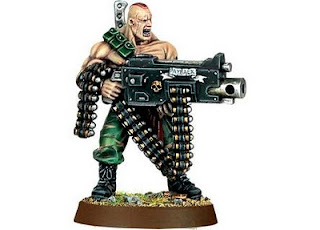 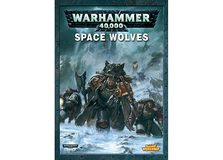 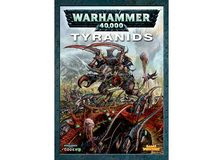 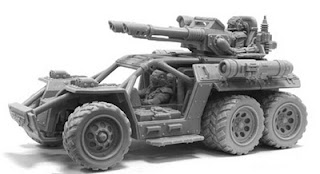 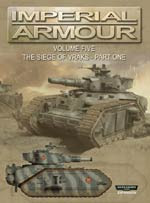 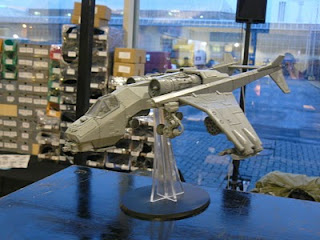 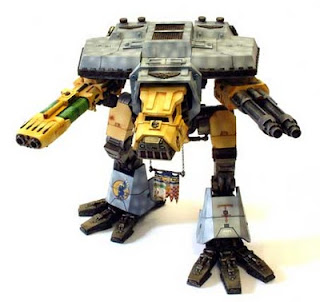 So there you have it gents, I'm exchanging my plastic crack mountain for a resin one. I figure I can get all these and still be quid's in. A quick calculation and I worked out that the titan is going to cost me 50 days worth of fags and so as it's a xmas reward after going six months since the last one, I'm still saving cash and hopefully staying alive long enough to get it painted!

Wish me luck guys and hopefully I'll be sharing my rewards with you once I've got my painting mojo back.
Posted by Col. Corbane at 11:15

Excellent idea Colonel! I'm in the same boat, doing my best to quit by my birthday (coming up this month). Been tapering off over the last month to ease out of it, and rewarding myself for quitting is a cracking idea. Heck, just taking the money I'd save by not buying smokes and putting into the hobby fund would likely pay for said rewards! You can do it! (and hopefully so can I!)

Wonderful! Everybody wins from this deal. How long had you been smoking for?

best of luck. It's the best thing you'll ever do for yourself, and getting more swag is a real bonus.

Hope you do better than me, I failed after 2 1/2 months clean. Damn good incentive tho.

The rewards are totally awesome and just think of the extra money you'll have by not smoking!!! at the very least make it to 3months cos that buggy is so cool Im dying to see one on oe of our blogs!

Just think, smoking affects everyone in your family so you're doing everyone good!

Maybe you should carry around a picture of that Titan in your wallet/pocket for every time you have a craving.

Eyes on the prize.

Keep at it, I managed 4 days! and have been kicking myself for the last three years, but I was minded to do it then not now!

That's a great idea, I hope it works out for you. That is some damn good rewards to work to!

Sounds like a plan! Just remember, relapses reset the clock and could possibly lead to NO Titan! Hope you quit! :-D

Actually this reminded me of a conversation on the subject of mini gaming with my folks a few years back. My stepfather asked how much I was 'wasting' on miniatures, to which i answered with question of how much he was 'wasting' on cigarettes. After a hostile pause I followed up with the fact that when I'm done with my old minis they go on ebay, whereas his cigarette butts go in the trash.

They've never complained about the hobby again. Kind of a pyrrhic victory though as he still smokes. :-(

I don't smoke and never have, so I can't pretend to know how hard it is, but I'm sure it's an epic battle ridding your body of 10 years of nasty stuffs.

Good luck dude, can't wait for Dunc to get his hands on that thing. :-p

Good luck & stick with it mate! You're doing the right thing by giving up.
And the Titan ... wow - what an incentive :)

Best of luck with it! Stick with it, and it will definitely be worth it.

That's great news, Corbane! I really wish you the best of luck. If my mother had succeeded in quitting, there's a good chance she'd still be around today.

You've got support here too, so hang in there and know we're pulling for you. We want to see that Reaver Titan!

Good for you, Colonel. Just imagine how much louder you can yell at the football matches with your soon to be increased lung capacity :D

Just to add to the rest, and as a fellow smoker, best of luck mate! I may well knick the rewards idea myself soon!

Keep it up dude, Im doing the same thing; Its really hard, but the result has got to be worth it (Plus just think of your titan crushing your enemies!!!!)

Congratulations, Colonel! I smoked for eleven years but am now closing in on two years without cigarettes. (I quit when I found out my wife was pregnant.) It was tough and still to this day I get the occasional craving for a smoke. I feel about 1000x better though and I encourage you to stick with your plan... it is definitely worth it.

Congrats on the goals, saving some money, and choosing to live healthier. Any support you need, in the limited amount I can give from across the pond, let me know.

Keep at it!
Giving up smoking is the best single thing you cam do for your health and well being, and the cravings/temper/tight chestedness does get less.

Im clean 3 months, of both fags and MMO's (which had gone hand in hand for me for years), and never felt better, i have nore time for everything, including my family.

And it got be back on the plastic crack , at a discount from what i would spend on fags anyway!

Thanks for your support and understanding on the models front guys.

@TTL - Thanks mate, a bit over ten years, but I did smoke a quite a few a day.

@SV - Cheers, mate, I've had some great rewards already, but that's between me and the wife and have no place on a gaming blog ;-)

@KSB - I'm determined you'll see all those rewards on the site mate! I do think about little man quite a lot, I want to be around to game with him.

@StF - Can you imagine the looks on peoples faces when I pulled out the wallet to show someone a pic of the wife and kids, and the TITAN!

@MC - Give it another go mate, sod the jaffacakes!

@DMC - Once I've started mate, there's no going back. My wife has already shown me the lighter and hammer she will use to forfeit my rewards, and I know she would!

@DAD - Cheers mate, plus I'll have more money for poker nights, so I can have your kneecaps done and have a chance of winning!

@JJ - Cheers mate, and the wife can't complain about me buying my rewards! - YAY!

@DW - Thanks mate, soz about your mum, my mum smokes to but she's going to quit if I can.

@DGN - Increased lung capacity will be helpful in a lot of situations ;-)

@PJJ - Thanks mate, I'm starting to feel it's worth it already!

@HBH - Just knowing what a tw*t I'll feel is all the support I need. If you don't see the rewards, call me on it, that's all you need to do!

@GHN - I'm feeling better already mate, but I'll be glad once I get out the little habits. After meals is a killer!

Good luck, its a tough nut to crack. You must have lots and lots of will power, and the ability to say "No, I don't need one right now." Soon enough, you'll be right as rain.

I used to be a two-pack day smoker back in college; I eventually quit by smoking one less cigarette day until I got to a point to quit cold turkey. That was 6 years ago.

Good game plan there! I gave up smoking over 2 years ago, and it was real tough I can tell you, but now I'm completely smoke free! Well, apart from when I decide to cook that is...

Good luck with Quitting. It's not the easiest thing to do. I found it hardest when I was down the pub. Now I compromise, allow myself to smoke when out but not normally. Although I'm quite lucky in that the only thing I real long term addiction I have is the plastic-crack that gamesworkshop keeps churning out.

Good idea with the rewards though, it'll help keep you motivated,

@UP - I'll do it mate, just need to stick with it. Patches are helping greatly!

@FW - Must admit, I'm avoiding the pub like the plague!

The best part is you've already quit. Now all you have to do is to not start smoking. Good luck, sir.

Good on ya, Colonel! The boys will need their boss fit and healthy for the upcoming campaigns.

@Michael - Must admit, I'm feeling a load better already. I never realised how much difference quitting smoking would make as I trained whilst I was smoking and now I've quit, my energy levels have gone through the roof.

I'm going on 1 year of Friday (my sons 2 year b-day btw) and I couldn't have done it at a better time. I was a pack a day for close to 8 years. I had one slip in Vegas (doh!) but otherwise it has been a long and arduous struggle. I say all that to say keep it up, its tough but oh so worth it. The reward system is a great idea as long as you don't "cheat" and buy that stuff sooner!!! Wish my wife could think of that one for me...

oooooo i got ya now! good job mate, on track for the titan!

oooooo i got ya now! good job mate, on track for the titan!

Well done on hitting the month though, mate: I suspect you'll get a substantial amount of support from us here, as long as you play it straight with us...

Keep it up: imagine how much more pleasant the summer will be without fugginess, eh?

Maybe I'll discuss with Mrs. Drax the prospect of rewards for weight loss...